The Petition “Not just eight are using the Black Sea”

The Petition “Not just eight are using the Black Sea”

Geographically, the Black Sea is almost isolated from the ocean and a third of Continental Europe belongs to its catchment area. The Black Sea is very sensitive to anthropogenic impacts due to its large water drainage basin and its limited connectivity with the planet’s ocean. Therefore, the pollution of coastal waters and the quality of the main and the amount of drained river water are factors that determine its overall ecological status. 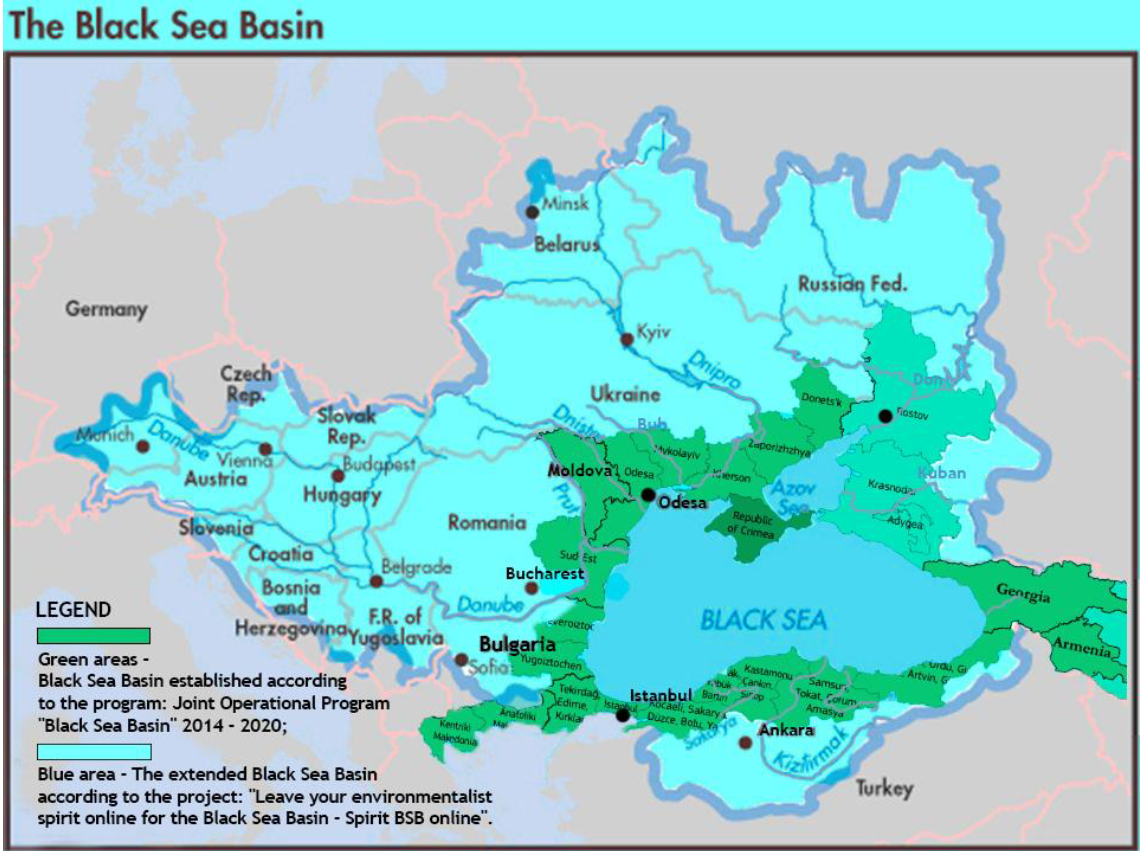 Fig.1 The Black Sea Extensive Basin with the hydrographic basins of the component rivers

Therefore, not only 8 riparian countries use and bring their impact of pollution on the Black Sea. Those areas from the 17 countries crossed and served by polluting “highways” by rivers bring their significant impact on the state of the Black Sea environment.

Our petition seeks to draw the attention of all countries in which the Extended Black Sea Basin is located to step up efforts to limit pollution of the Black Sea.

To achieve this difficult goal, we address you with the following suggestions:
I) Improved waste management;
II) Cooperation with neighboring states for the reduction of organic pollutants, sewage, agricultural practices, plastics (Rivers are today highways for plastic waste);
III) Promoting the circular economy and reducing waste, especially plastic waste;
IV) Concluding agreements and conventions for the protection of the environment in the extended Black Sea Basin between environmental organizations and economic agents that produce pollution;
V) Development of awareness programs for the protection of the Black Sea to be implemented in all countries of the Extended Black Sea Basin;
VI) Development of new (innovative) management strategies for the prevention and reduction of water pollution (rivers, streams) in the Extended Black Sea Basin
VII) Introduction of punitive measures in international environmental legislation for repeated violations of water pollution regulations
VIII) Strengthening the environmental control and training the volunteers of the environmental activists for notifying the water pollution and the pollution sources.

Finally, what we ask of you in the petition “Not just eight are using the Black Sea” is to convey to us that you undertake to contribute to the protection of the Black Sea through one of the measures suggested or others identified by you.

And if you send us the simple message that you are aware that your area also uses and has an impact on the state of the Black Sea environment and that you assume that you must participate in its protection, we will note that our petition gained and brought add value within the general actions for the protection of the Black Sea. In the end, the awareness that we are polluting the Black Sea is the first step in protecting it!

Thank you for reading the petition and we look forward to hearing from you!
Additional information on pollution and sources of pollution in the Black Sea Basin, as well as about our project can be found on the platform www.spiritbsb.online.ro.

You can download this petition from the following link
https://www.spiritbsb.online/wp-content/uploads/2022/01/Petition-Not-just-eight-are-using-the-Black-Sea-18.01.2022.pdf
We also want to inform you that in May 2022 our team will organize in Constanta, Romania, THE INTERNATIONAL CONFERENCE “NOT JUST EIGHT ARE USING THE BLACK SEA“, the conference for which please send us your interest to participate, in order to send you the invitation and the agenda in advance.
Lead Partner
Association for the Protection of Humans and the Environment for Sustainable Development in the World – ECOM, Constanta, Romania
President – Maria Nastac
Project Coordinator – Alina Resteanu
Project Partner 2
Sinop University, Sinop, Turkey
University Rector – Nihat Dalgin
Project Manager – Serdar Yener
Project Partner 3
OF Chamber of Agriculture, Trabzon, Turkey
President – Berkant Saral
Project Manager – Fatma Sezen Katranci
Project Partner 4
International Center for Social Research and Political Analysis – ICSRPA, Tbilisi, Georgia
Executive Director – Elene Chkheidze
Project Manager – Elene Chkheidze

Do you want to say " Happy Birthday Black Sea! "?